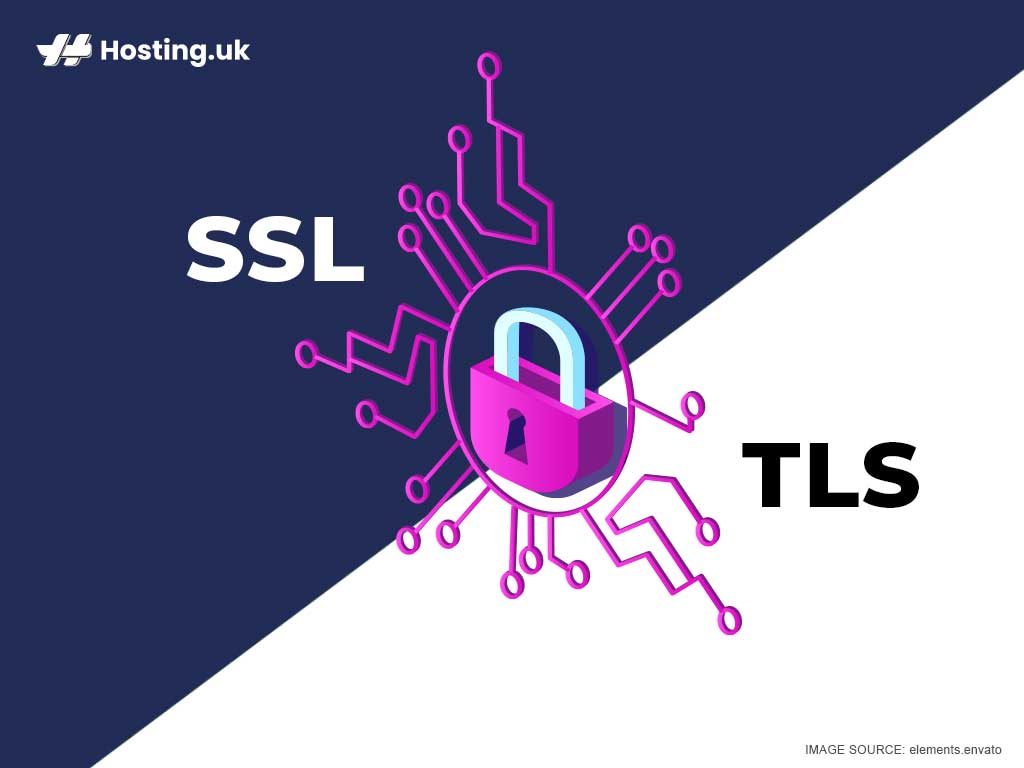 Your website security should be the top priority and is vital for the overall success of your business. When it comes to the frontline of internet security for your website, knowing the difference of SSL vs TLS certificates helps you to understand how best to protect your sensitive data online.

We’ve talked about how important online privacy is, the pitfalls of cybercrime, and the fall out your website can experience from cyber attacks. A crucial point of shielding yourself and your website from these kinds of security breaches is to have an end to end encryption of the data passing between computers and web servers.

As societies evolves, we become more digitally connected than ever. As such, we have far more connections digitally and a secure Transport Layer Security (TLS) network protocol is imperative to safeguard your data from harm on the net.

The TLS protocol is used in tandem with the HTTPS protocol, among others, to encrypt and then authenticate computers communicating across the internet. In this article, we will outline the difference between TLS and SSL protocols and why you need HTTPS on the internet to stay secure. Let’s dive in.

1. TLS is and upgrade of encryption and SSL

Transport Layer Security and Secure Sockets Layer (SSL) are both network protocols that encrypt and allow data to be transferred privately and securely between a web server and a web browser.

TLS launches an encrypted, bidirectional network pathway for random data to travel between two hosts. TLS is most often used in conjunction with other Internet protocols such as HTTPS, SSH, FTPS, and secure email.

In 1999, TLS traded the older SSL protocol as the encryption most websites use. This change was made to avoid legal issues with the Netscape company, which created SSL so that the protocol could be developed as an open standard, free for all.

The major difference between the two is that HTTPS is the HTTP protocol rooted within the TLS protocol. While HTTP handles all of the web browsing mechanics, and TLS handles the encrypting of the data sent across a network and verifies the identity of the server host by using a certificate for authentication. More and more web servers online are also going HTTPS-only, not just for security reasons, but for other practical arguments:

It may increase your search engine indexing and ranking, too, though this has yet to be confirmed by Google.

2. Differences Between the SSL, SSL v3, and TLS Protocols

Numerous versions of SSL and TLS have been released over the years:

Most applications, such as browsers, are compatible with some of the older SSL protocol versions, too, although SSL is slowly being phased out in favour of the better TLS security.

3. Pros and Cons of using TLS and SSL

There is a myriad of benefits for using encryption to protect your site, and by extension your customers’ sensitive data; this is especially imperative for eCommerce and health-related websites.

Your website’s traffic benefits from TLS security in two ways:

The importance of these pros can’t be exaggerated — especially for eCommerce sites that depend on getting and retaining user trust for sales.

As amazing as it sounds, TLS has a few drawbacks:

Additionally, although the HTTP/2 standard itself does not require the use of encryption, most client operations (Firefox, Chrome, Safari, Opera, IE, Edge) have said they will only support HTTP/2 over TLS, which makes encryption mandatory.